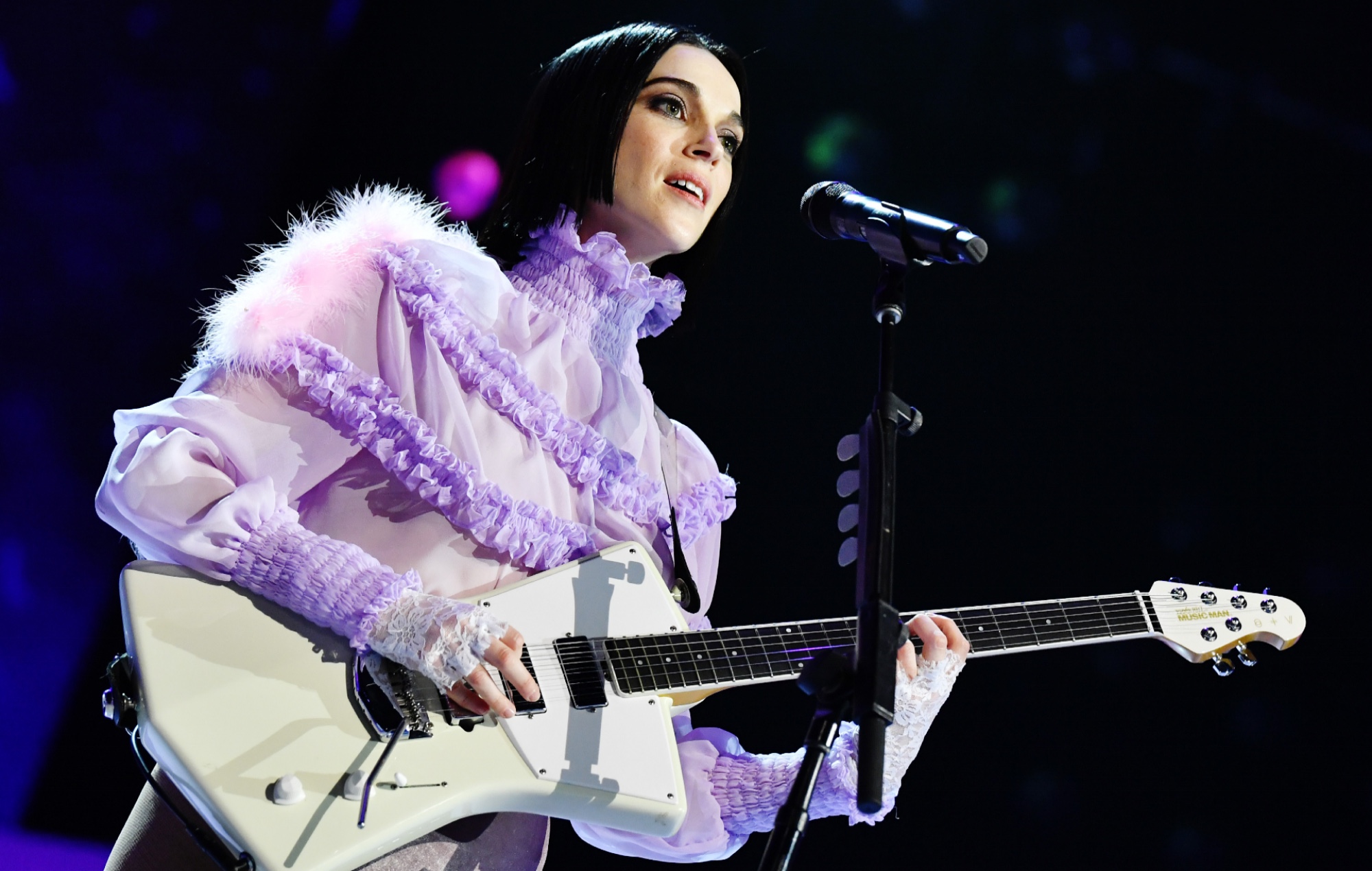 Annie Clark, aka St. Vincent, has shared the title track from her new film with Sleater-Kinney‘s Carrie Brownstein, The Nowhere Inn.

The cinematic song, which you can listen to in a video below, is helmed by the film’s director Bill Benz.

The mockumentary is released in cinemas and on Apple TV+ this Friday (September 17) and follows St. Vincent’s most recent album ‘Daddy’s Home‘, and Sleater-Kinney’s ‘Path of Wellness’ album.

It is described as “a metafictional account of two creative forces banding together to make a documentary about St. Vincent’s music, touring life, and on-stage persona. But they quickly discover unpredictable forces lurking within subject and filmmaker that threaten to detail the friendship, the project, and the duo’s creative lives”.

A trailer for the film was released last month with St. Vincent saying: “Me and my bestie made a bananas art film…it was supposed to be a music doc but somewhere along the way, things went terribly wrong.”

Co-written and produced by – and starring – the two musicians, the collaborative project was first announced in April 2019 after the pair joined forces on a series of mock interview segments in promotion of St. Vincent’s 2017 album, ‘MASSEDUCTION’.

The tour will hit the UK and Europe next year, in addition to previously announced festival appearances at Mad Cool in Madrid and NOS Alive in Lisbon. You can find the full dates here.

Speaking to NME about what fans can expect from the shows, she said: “I’m thinking less in terms of digital and more in terms of practical – and I mean that in the theatre-craft sense.

“The band are so killer and at the end of a day it’s a show. In the past with what I’ve been it’s been like you might love it or might hate it but you won’t forget it. In this go-round, I want people to be like, ‘What the hell just happened to me?’ If people walk away going, ‘Oh, that was a nice show’ – then I’ve failed.”