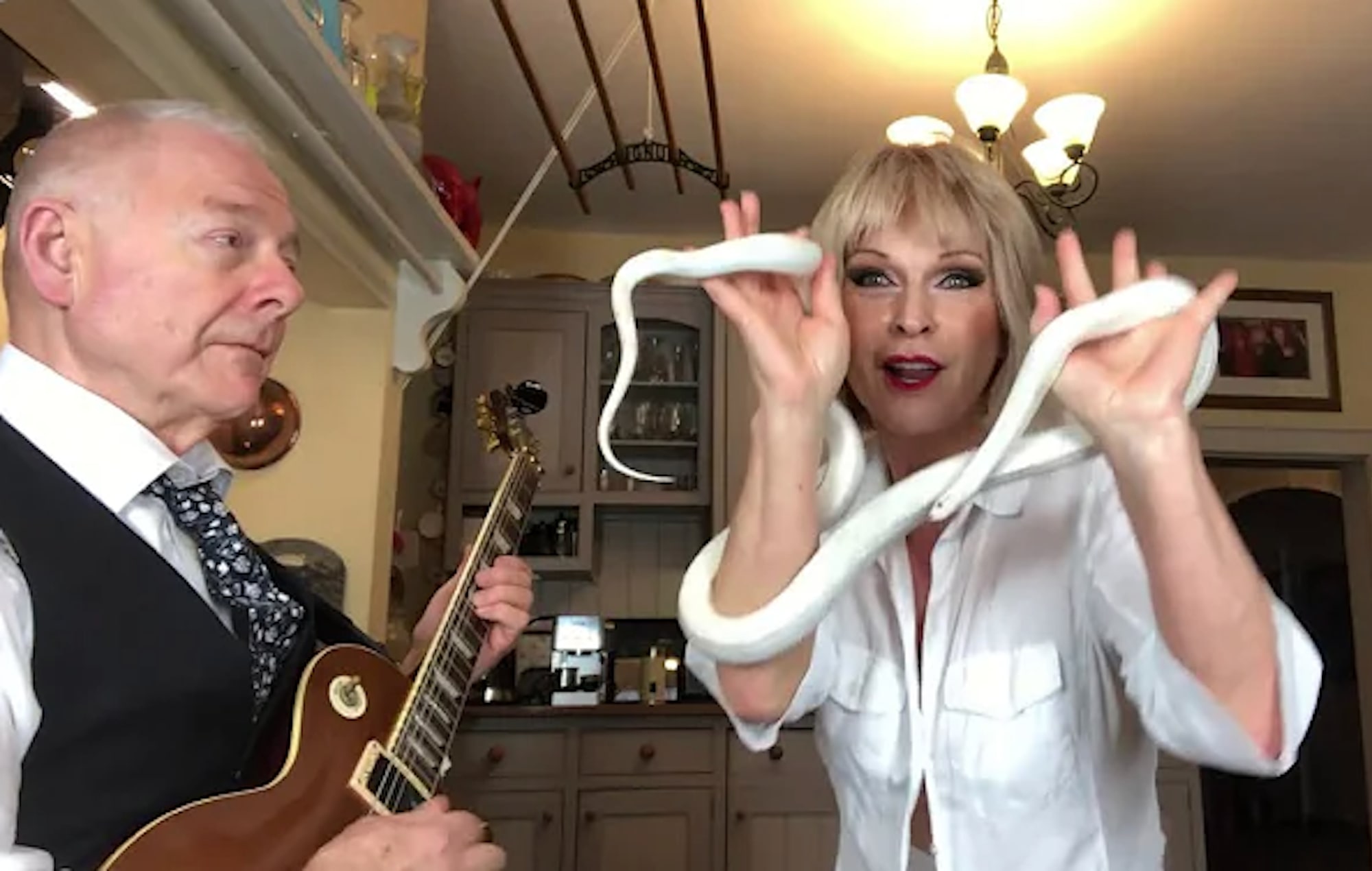 King Crimson’s Robert Fripp and Toyah Willcox have shared another episode of their Sunday Lockdown Lunch series, this time featuring a reptilian guest.

The couple have been sharing weekly covers over the last few months and scoring viral hits for their often playful presentation of classic songs.

In this week’s episode, uploaded earlier today (February 28), Fripp and Willcox put their spin on Foo Fighters’ ‘Everlong’, bringing along a snake to help them out. “No animals were harmed or mistreated in the filming of this episode,” a title screen assured viewers at the start.

“All handling was done under the strict supervision and instruction of a trained professional.”

The video saw Willcox sing along to Fripp’s guitar-playing while holding the snake around her arms and hands. Watch it below now.

Last week, the pair shared a cover of Alice Cooper’s ‘Poison’, which saw Willcox dress up as a nurse. Previously, they celebrated Valentine’s Day with a version of ‘Tainted Love’, which was performed from their bedroom rather than the typical location of their kitchen.

Willcox recently revealed that they started the Sunday Lockdown Lunch series because Fripp was “withdrawing” under coronavirus lockdown restrictions. “Here I am in this house with this 74-year-old husband who I really don’t want to live without,” she said. “He was withdrawing, so I thought: ‘I’m going to teach him to dance.’ And it became a challenge.

“I do the lighting, the filming, the conceptual side and the persuading Robert to take part.”