Next: MUGWHY AND DJ SQUADDIE

Can Thamesmead Be The Town Of Tomorrow… Again?

Can Thamesmead Be The Town Of Tomorrow… Again? Peabody says that the space (pictured above) is one of the few remaining undeveloped waterfront sites in London and the south east that offers the scale and capacity to accommodate significant, sustainable, long-term economic growth and housing

Thamesmead entered this world in the late 1960s, billed as a futuristic utopia for southeast London. That didn’t quite happen, but over four decades on, the often-maligned town is angling for a second crack at that same utopian dream — starting from scratch, and building a a ‘town of tomorrow’.

Peabody — the housing association which owns much of Thamesmead — has announced its plans for an £8bn new waterfront neighbourhood: Thamesmead Waterfront. Spanning 250 acres, it would feature thousands of new homes, alongside commercial and leisure space, lakes, green space and over a mile of undeveloped river frontage.

An open call has gone out to design teams (smaller practices and teams with local knowledge encouraged), which are asked to focus on five criteria: Natural living; a city neighbourhood; better connections; a safe, stable and sustainable community; and inclusive and affordable for all.

Not asking for much, then. 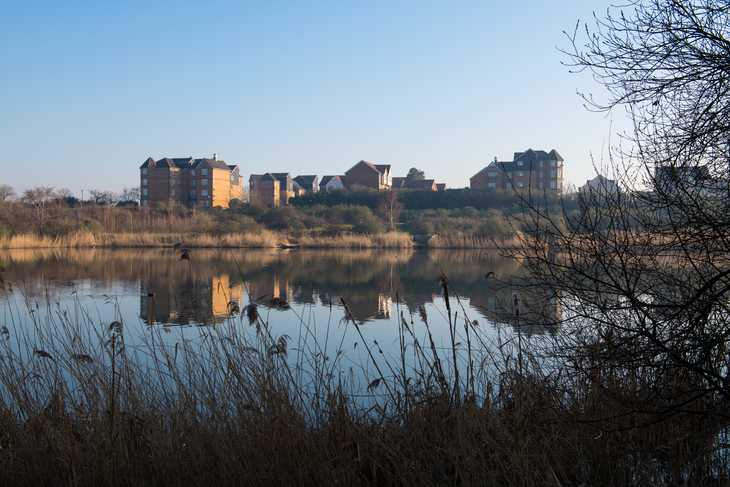 A non-brutalist part of the existing Thamesmead development

Rather than demolishing any more of the existing Thamesmead — (in)famous for its brutalist towers and walkways — Peabody plans to build on a largely untouched site by the Thames, which it says is “one of the few remaining undeveloped waterfront sites in London and the south east that offers the scale and capacity to accommodate significant, sustainable, long-term economic growth and housing.”

As the Guardian has previously attested, Peabody has some admirably ambitious ideas, but it’ll take a lot to get Thamesmead right second time around. The operation demands great sensitivity towards the area’s waterways, rich with wildlife — although Peabody seems to pride itself on its attitude towards nature.

Some locals have accused Peabody of being “incredibly slow” with its building in Thamesmead, while Owen Hatherley has written in Architects’ Journal: “the Peabody Thamesmead risks being yet another well-connected, ‘aspirational’ riverside dormitory, with some social housing.” 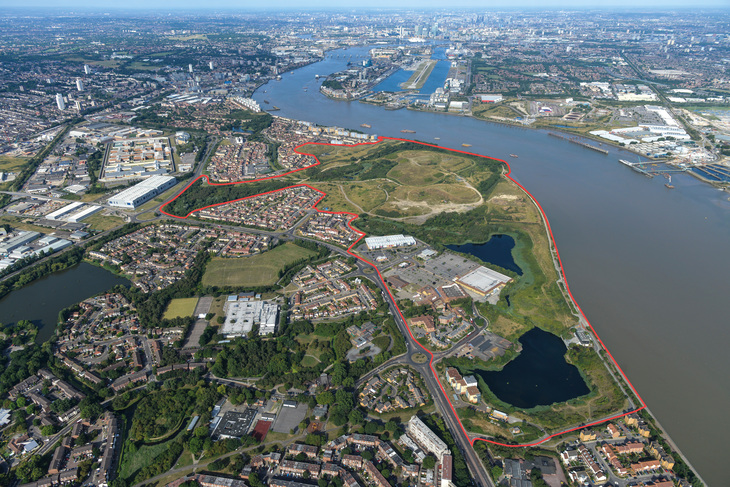 The red lines demarcate where Thamesmead Waterfront would be situated

Still, the plans — and certainly the ‘better connections’ aspect of them — will be buoyed by news that the DLR extension to Thamesmead could be in operation by 2030. Crossrail — if it ever sees the light of day — will call at nearby Abbey Wood.

The initial open call will see up to 10 collaborative teams meet with the Thamesmead Waterfront Joint Venture (comprised of Peabody and Lendlease), to discuss their ideas. Up to five teams will progress to the second stage, with a winner announced in March 2021.

NOTE: Your shout out will be sent to the studio and will be seen publically by other users